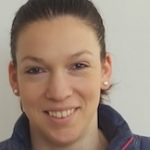 Karen is a post-doctoral research fellow at the University of Melbourne and La Trobe University.
At the University of Melbourne, Karen’s main research focus is on a project funded by the CRC-SI, led by Professor Jodie McVernon and Assoc. Professor Ben Cowie, aimed at improving the equity of hepatitis B treatment access and outcomes by informing spatial targeting of resources. Alongside this research she is also involved in a project aiming to produce more robust estimates of hepatitis B indicators which describe the current burden of disease in Australia.
At La Trobe University Karen is working with Assoc. Professor Warwick Grant and collaborating with Professor Jodie McVernon and Assoc. Professor James Mccaw at the University of Melbourne. Karen’s post-doc research is on Onchocerciasis (river blindness) which is caused by the filarial nematode Onchocerca volvulus and is transmitted to humans via black fly vectors. More specifically her aim is to inform epidemiological modelling with genetics including modelling the evolution and transmission of resistance to ivermectin.