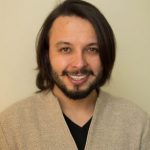 Juan Pablo is supervised by Jodie McVernon and James McCaw. He started his PhD in 2015.

The emergence of a large number of zoonotic diseases in the last three decades has prompted collaboration between animal and public health researchers under the concept of “The One Health Approach”. Among these diseases, the avian influenza H5N1 represents a case where the virus hosted by domestic birds can spread as a result of the trading of these birds. In this context, I am conducting a PhD project that will attempt by means of modelling and simulation to identify the best points of control and surveillance in traditional trading networks of birds in Indonesia that would allow to reduce the risk of infection at the animal-human interface.