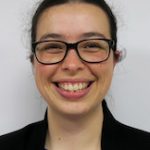 Dr Roslyn Hickson is a Research Fellow in the Australian Centre of Research Excellence in Malaria Elimination (ACREME), University of Melbourne, based at the School of Mathematics and Statistics. Her research focus is on informing policy and practice through the mathematical modelling of infectious diseases, particularly applied to accelerating the elimination of malaria in the Asia Pacific region.

Roslyn completed her PhD studies through UNSW Canberra in 2010, where her research into the critical times of heat and mass transfer through multiple layers was jointly awarded the Ria de Groot prize for the best female postgraduate student. Roslyn then became a Research Fellow with the National Centre for Epidemiology and Population Health at the Australian National University. In December 2011 she was awarded a four year University of Newcastle Postdoctoral Research Fellowship. Roslyn joined IBM Research Australia in May 2014, and during that time she was named one of twenty finalists for the EmTech Asia Innovators Under 35 list by MIT Technology Review in both 2016 and 2017. Roslyn joined ACREME in July 2018.