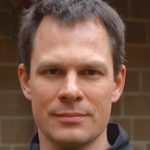 Dr Martin Tomko is a Spatial Information Scientist with an interdisciplinary interest in computational modelling of the interactions of humans, cities, and information services. He is Lecturer at the Dept. of Infrastructure Engineering of the University of Melbourne, Australia. He holds a PhD in Geomatics from The University of Melbourne (2008). He has previously held academic positions at the Department of Geography of the University of Zurich and at The University of Melbourne in Computing and Information Systems and in the Faculty of Architecture. His research has contributed to better communication of route directions, geographic information interpretation from place descriptions, large-scale human movement analysis and urban structure analysis. He has contributed to the Australian Urban Research Infrastructure Network, where he has designed and managed the delivery of the AURIN Portal to the Australian urban research community.