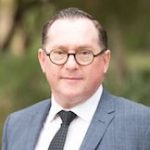 Professor Clements is the Pro Vice Chancellor, Faculty of Health Sciences at Curtin University. Prior to his position at Curtin, Professor Clements was the Director of the Research School of Population Health and Professor of Infectious Disease Epidemiology at the Australian National University (ANU) in Canberra. The Research School of Population Health comprised of five academic units, including the flagship National Centre for Epidemiology and Population Health (NCEPH). He has worked previously at Imperial College London and University of Glasgow, and has a PhD from the University of London. His research background is in the epidemiology, control and elimination of infectious diseases, focussing mainly on the Asia-Pacific region during the last decade. He has particular expertise in spatial epidemiology, operational research and community-based intervention studies and has been an NHMRC Senior Research Fellow.